Discover all our hinges, fittings and mechanisms for furniture.

Effegibrevetti is a company specialising in the design, engineering and production of opening and fitting systems for the furniture industry. 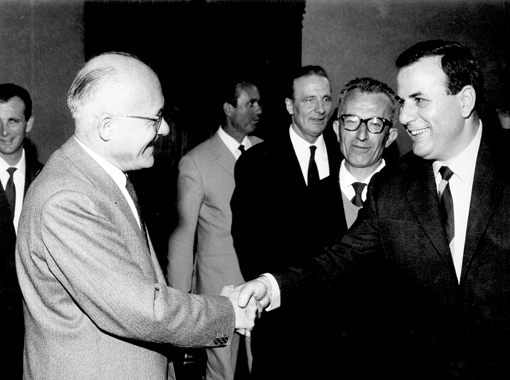 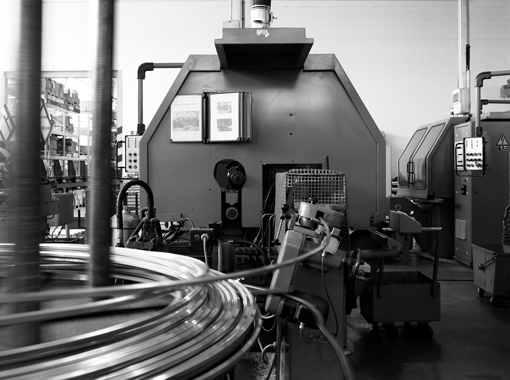 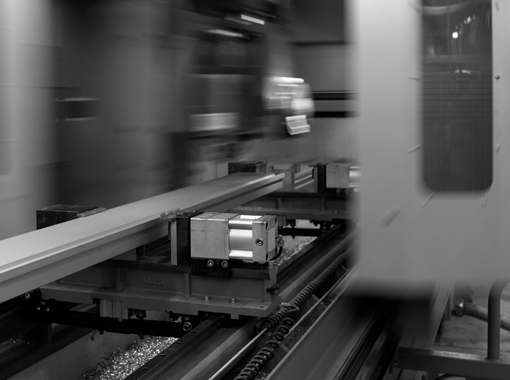 How Effegibrevetti was born: the first inventions

Effegibrevetti was born from an adventure started by Fiorello Giovannetti, when in an old basement in Via Marciano in Milan, he began experimenting with the first mechanical processes. Thus, using the first machine tools, built by himself, he began to make various types of assembly of small mechanical components. 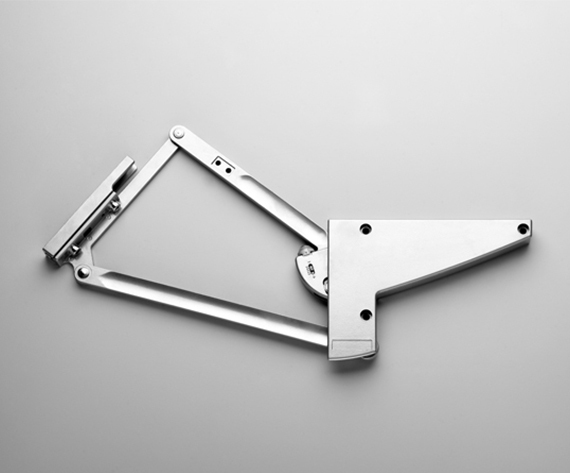 Fiorello Giovannetti receives the prize among the inventors living in Lombardy organized by the provincial administration of Milan.

Spring, the horizontal fitting with locking lever, designed to facilitate and speed up furniture assembly, is launched on the market.

Proton, the new concealed hinge for hinged doors, allowing horizontal and vertical adjustment of the door.

Vela, the vertical opening mechanism, is launched, the forerunner of a new family of products that will mark the company's future history.

Pegaso, a mechanism with articulated quadrilateral for pantograph doors, is launched on the market.

A new market launch for Sirio, a mechanism for coplanar sliding doors.

Winch is launched, a mechanism for hinged doors with cable, the first of its series.

It is the turn of Spin, a new mechanism for vertical and oblique opening of folding doors. Spin is the evolution of the Vela mechanism.

Launch of the Ghost shelf support, completely invisible on the cabinet.

Plano, the first modular mechanism for coplanar sliding doors on the market. 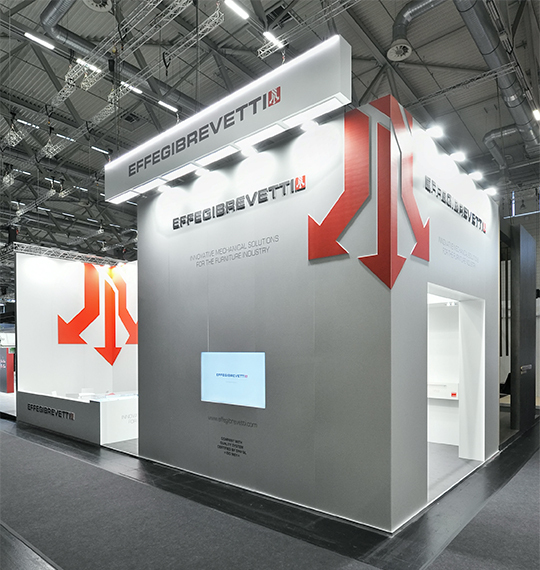 Today Effegibrevetti has customers all over the world

We can count on more than 50 years of success, recounted through complex technical solutions and a wide range of products for every need. We strive every day to put into practice what are the founding principles of our mission: innovation, functionality and quality. However, being aware that the value of a piece of furniture also depends on the design of the elements that compose it, we pay a lot of attention to the aesthetic aspect of each solution we design.

Our products are entirely designed and manufactured in Italy at our headquarters. Our only headquarters is in Segrate, near Milan, and it is here that the various production, warehouse and research and development offices are located: the efficiency of each product has been determined by the numerous and constant investments that have been made in these areas.

Get more information about our , and .